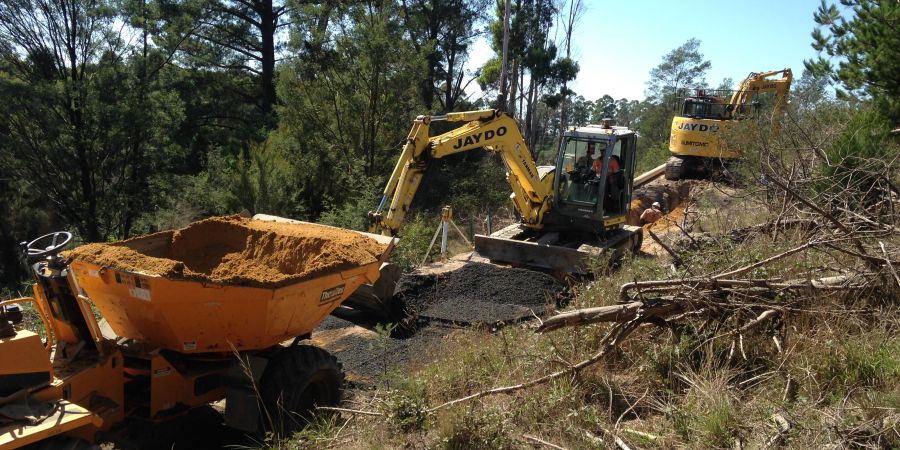 Construction has begun on a $1.7 million project to replace a 50-year-old sewer rising main in Yallourn North, which has reached the end of its useful life.

The 11.2km pipeline, which was constructed in 1966 and delivers domestic sewerage from the Yallourn North township to the Gippsland Water Factory for treatment, has experienced a number of main breaks in recent years.

“The project, which will be carried out in two stages, will initially replace 2.4km of critical sections along the existing main to ensure reliability of sewage transfer along the pipeline, and to prevent sewer spills to the environment,” said General Manager Customer Service and Communications, Paul Clark.

“Residents directly affected along the proposed pipeline have been notified of the works, which has commenced along Tanjil East Road to make way for 800 metres of new pipeline there,” Mr Clark said.

A further 1.5km of pipeline will be constructed between Derhams Road and the unmade road reserve to replace the existing main which travels through low lying marshland.

“We will take care to minimise any impact on traffic during the works over the coming weeks, and while there may be some minor traffic disruptions, we will continue to keep our customers and the community informed,” Mr Clark said.

“This project is part of a longer term project to ultimately construct a full replacement of the sewer rising main, and it is one example of a number of key investments that Gippsland Water is making to improve water and wastewater services in our region,” Mr Clark concluded.

Gippsland Water contractors Jaydo Constructions Pty Ltd will carry out the works, which is expected to be completed in May 2016.