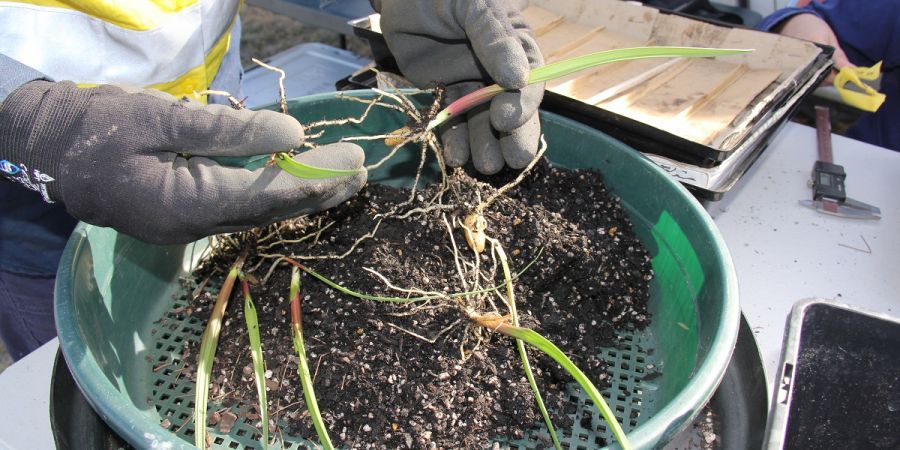 A planting project being undertaken at Gippsland Water’s Dutson Downs site will help to ensure the survival of the Metallic Sun Orchid, a nationally endangered plant species.

Following a successful trial to establish a population of the endangered orchid, Thelymitra epipactoides, at Dutson Downs, Gippsland Water, in partnership with DELWP, Australasian Native Orchid Society and Royal Botanic Gardens Victoria, has established approximately 200 plants to secure the species from local extinction.

Seed was collected from the remnant Golden Beach orchid population, just 8km away from Dutson Downs, and grown-on by the Orchid Conservation Team at Royal Botanic Gardens Victoria, Cranbourne Gardens.

Dr Deb Archer, Gippsland Water Senior Environmental Scientist, said ‘This project is particularly important as no new orchids emerged last year at Golden Beach, which highlights the species’ vulnerability to extinction and the urgent need for new populations to be established in the local region.

‘Dutson Downs has long been recognised as a haven for rare and threatened flora and fauna. We’re really pleased to be able to provide a range of management techniques for this new population of the Metallic Sun Orchid, including a securely fenced area to prevent grazing by rabbits, hares and other small mammals during the growth season of the orchids.’

Located east of Sale, Dutson Downs covers over 8500 hectares. Approximately half of the property is comprised of native vegetation with high conservation significance including woodlands, heathlands, scrubs, wetlands and grasslands.